The Chicago Chapter of Betterment seeks to continue the ripple effect in the windy city through both fun and service.  The chapter's annual "Cinco de Mayo" night out is an annual event that raises money for recipients in the Chicagoland area.  The chapter also holds an annual service project.  In 2011, Betterment Chicago teamed up with "Wreaths across America", a group dedicated to laying wreaths on veterans' graves.  The Betterment group raised funds and participated in a ceremony at Lincoln National Cemetery in Ellwood to honor fallen Illinois veterans.  2014 saw 2 very successful wine events, each one helping out local recipients.
Current Events:
Wine Down event, September 18, 2015. 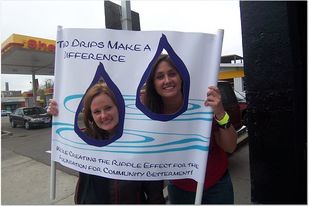