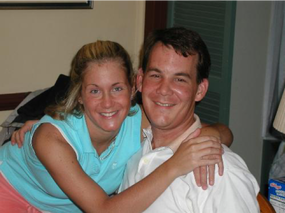 In June 2001, Joe Alden was diagnosed with malignant, squamous cell carcinoma.  8 years later, he had numerous recurrences and surgeries related to the cancer.  In January 2009, Joe learned that his cancer had returned and was told he had a large, inoperable tumor on his tongue.  Throughout the winter, Joe underwent extensive surgeries and chemotherapy to fight his tumor.  Despite intensive and thorough treatment, another recurrence was found in August.  Joe had exhausted all options for treatment in the United States and was told by three leading U.S. oncologists that his cancer was inoperable.  In October 2009, Joe began his international journey to find a cure and beat oral cancer.  He underwent surgery in London, England.  A donation from Betterment helped in the payment of Joe's medical bills while he recovered from his surgery.